Born in La Barca, in Jalisco México. Laura grew up in the border town of Mexicali. She is number three in a in a family of five boys and five girls. She is the mother of three beautiful daughters, 4 stepchildren and grandmother of six gorgeous grandchildren.

She was an Elementary School teacher in Mexico for ten years. She managed a tour company and worked as a tour guide for more than 8 years, taking groups from California to the Copper Canyon area in the Mexican State of Chihuahua.

Laura speaks Spanish and English and has lived in California for more than 44 years. She is a Naturalized US citizen.

In 2000 she became one of the first Water Station volunteers and also started working to stop the All American Canal drownings. Laura’s volunteer work in the office and the desert has been a great, enriching and fulfilling experience in her life. It has been an opportunity to help reduce the heat related deaths in the Southern California desert.

John and Laura Celina Hunter became husband and wife in March of 2004.

John a physicist who has worked on satellite launch systems, hurricane mitigation, armored trucks, night vision and quarks. He designs sporting goods and toys and consults on defense related topics. He has been involved in trying to stop the large numbers of immigrant deaths along the southern US border since 2000. He believes that the US is entitled to control its border, however the government should create a worker program that fairly benefits both employers and immigrant employees.

More than 100 heat/dehydration deaths per year continue on the Tohono O’odham reservation south of Tucson while many drownings still occur on the Rio Grande along the Texas border. John and Laura are looking for solutions there and welcome ideas and assistance.

John is married to Laura Celina Hunter and has 4 children, 3 stepchildren and two grandchildren.

Rob describes himself as a “retired chicken farmer.” He also steadfastly refuses to give information for web site mini-biographies.

Rob has been a long time WATER STATION volunteer, since 2001 His great willingness to help out is really appreciated.

Dan joined the board in 2011, after two years as a field volunteer. Inspired by a meeting between the Water Station board and a group of migrant human rights activists from Thailand, he began studying undergraduate international relations at UC San Diego. In June of 2020, he completed a Master’s degree in Public Policy. Today, he is in the final stage of a decade-long journey to a new career as a Foreign Service Officer.

Nikolai was born in San Diego, CA. He recently received his MFA in Writing from the University of California, San Diego. He is currently an English instructor at Imperial Valley College and Grossmont Community College. Nikolai continues to volunteer in order to combat the life threatening policies current and past administrations impose on our immigrant/migrant populations

Julio Morales lives and works in the Imperial Valley. A native of Simi Valley, he is an avid hiker, beer drinker and reader. 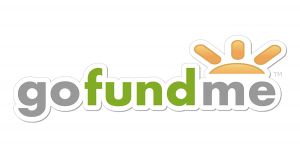 Donate Every Time You Shop on Amazon